Trento: at the top of list when it comes to quality of life

Trento is one of the city where people live better. How do you reach the top of the list regarding the quality of life rankings? By putting different elements in place that contribute to the wellbeing of a city and its inhabitants.

The municipality of Trento boasts the presence of important and innovative cultural and museum attractions. But not only: environmental sustainability is also high on the list, thanks to the natural heritage of the Dolomites National Park.

Trento has developed – in the heart of the Alps – in Roman times and it preserves important monuments and archaeological sites from that period. The city has been able to mix elements from very different traditions: from northern to southern Europe. This has created a combination of truly unique elements, making it one of Italy’s most culturally fascinating cities.

It is the Italian Christmas Capital for its famous Christmas Markets. But, Trento and the Dolomites offer a unique show to experience even in summer.

Things to do in Trento: top main attractions

Among the must-see attractions in Trento there is the Buonconsiglio Castle, the largest and most important monumental complex in Trentino Alto Adige. The Castle was also the residence of the bishops of Trento from the 13th to the 18th century. The complex is located in an elevated position respect to the city and it is composed of a series of buildings from different periods, enclosed in a wall. The Eagle Tower, located to the south, houses the famous ‘Cycle of the Months’. This is one of the most fascinating secular painting cycles of the late Middle Ages.

The building was restored in 1924 and the Castle became the seat of the National Museum. Since 1973, it belongs to the Province of Trento. Currently, it is the main pole of a museum system formed by five castles which are among the most suggestive and prestigious of the Trentino.

Another main attraction is the Cathedral of San Vigilio, built on the remains of an ancient temple dedicated to the town’s patron Saint. It was Bishop Federico Vanga (1207-1218) who decided to completely rebuild the Duomo from its foundations and he entrusted the project to the workers led by Adamo d’Arogno. As well as being the city’s main church, it hosted the Council of Trent from 1545 to 1563.

The Chapel of the Crucifixion was built by Giuseppe Alberti in 1682, inside the Cathedral. It is a Baroque building embedded in a set of Romanesque forms. While, in 1739, the canopy of the high altar was created and it was inspired by Bernini.

Quality of life certainly means culture and leisure: in the province of Trento you can find some of the most avantgarde museum in the world, such as the Trento Science Museum MUSE (designed by Renzo Piano) and the Museum of Modern Art MART in Rovereto.

The Trento MUSE and other museums

The Trento MUSE is a Science Museum and it represents one of Italy’s excellences known all over the world. It is located near the historic Palazzo delle Albere, more precisely in a building in the residential area of Le Albere. Both the Museum and the neighbourhood that houses it are the result of the creativity of Italian architect Renzo Piano. The structure was inaugurated on July 27 2013 and replaced the old Tridentine Museum of Natural Sciences.

In 2013 the new headquarters of the MUSE Trento was inaugurated in front of a very large audience. In less than eleven months from the opening date, it reached the threshold of 500,000 visitors, becoming one of the most visited museums in Italy.

The building is 130 metres long, 35 metres wide and has six levels (two of which are underground). All floors – with the exception of the second basement – are open to the public and house both exhibition activities (permanent and temporary exhibitions) and administrative and research activities. The shape of the building is very unusual and it recalls the jagged edges of the mountains of Trentino and, in particular, the Dolomites. The interior is characterised by a ‘Big Void’ connecting all floors, in which taxidermied animals are suspended. It also houses the original skeleton of a whale (Balaenoptera physalus), which was stranded on the coast of Livorno in 1995.

There are other important museums in Trentino that are part of the Trento MUSE network, such as the Palafitte Museum on Lake Ledro, the Gianni Caproni Air Museum, the Geological Museum of the Dolomites in Predazzo and the Limnological Station of Lake Tovel.

So, what makes the Municipality of Trento the city that takes first place when the quality of life is concerned? Many elements that range from the presence of important and innovative cultural attractions, environmental sustainability, but also the many offers available that are related to culture and leisure.

Do not miss the many festivals that animate the city of Trento throughout the year thatattract hundreds of experts and tourists from many different countries. The city is famous for the Festival of Economics, the East West Festival and the beautiful Sounds of the Dolomites. 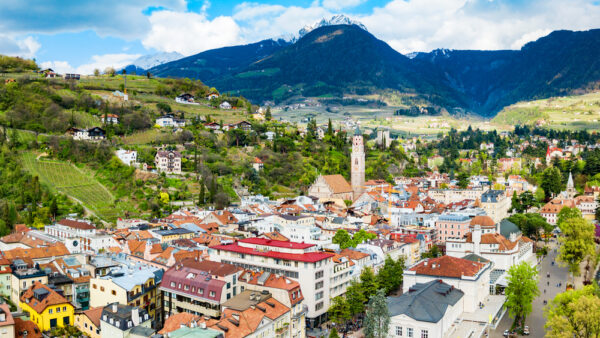 Taking a trip to Merano: the benefits of the Thermal Bath

Merano, deservedly called the pearl of South Tyrol, is the ancient capital of the Tyrol. It is a true paradise of mountains,…
By StaffOctober 1, 2021