Overlooking the Adriatic Sea, Pescara (Italy) is the most populous town in Abruzzo. In addition to being a popular seaside resort during the summer holidays, the city will surprise you with many proposals for every season.

Pescara is the right destination to visit if you want to spend a few days by the sea without missing out on cultural sightseeing.

To help you choose, here are 7 things to do that should not be missing from your itinerary!

Pescara was the birthplace of the great poet Gabriele D’Annunzio, so the house where the poet was born and spent his childhood is a must-see in the city. The 18th-century building was declared a National Monument in 1927.

The house currently houses a Museum dedicated to Gabriele D’Annunzio, starting with his childhood and ending with his war enterprises.

The museum tour is divided into five stages, each of which corresponds to one of the five rooms in the house: the drawing room, the study, D’Annunzio’s room, his aunt’s room and his parents’ room. In addition, all the rooms of the house-museum preserve period furniture, explanatory captions and passages from the masterpiece “Nocturne”.

The other rooms contain clothes, photos, documents and a plaster cast of the poet’s right hand and face.

The Cathedral of San Cetteo is located near the house-museum. The Church was built between 1933 and 1938 in Abruzzo Romanesque style.

The Cathedral houses the tomb of Luisa de Benedictis D’Annunzio, the poet’s mother.

The Ponte del Mare “divides” the old town centre from the new part of Pescara. The bridge was designed by the architect Walter Pichler. It was inaugurated on 8 December 2009 and, with its 466 metres in length, is the largest bicycle and pedestrian bridge in Italy.

The aim is to connect two sections of the Adriatic cycle route which, once completed, will link Trieste with Puglia.

The Ponte del Mare offers a splendid view not only of the port of Pescara, but also of Majella and the Gran Sasso massif.

A short distance from the bridge there is the Sea Museum; especially recommended for those travelling with children. The Museum is entirely dedicated to the sea and its inhabitants, but also to the relationship with human beings.

In addition to a large fish section, the Museum has cetacean skeletons, sea turtle specimens, shell collections and fishing equipment.

Avalos Pinewoods is a nature reserve, also known as Pineta dannunziana. The flora is typical of the Mediterranean scrub and there is also a small lake and the Gabriele d’Annunzio monumental theatre: an open-air arena built in 1963.

Trabocchi are typical structures on the Abruzzo coast, somewhat similar to palafittes. These are wooden constructions used for fishing in the open sea, without the use of boats.

In Pescara they are located in the Porto Canale area: some are private, others have been transformed into bars and small restaurants where you can enjoy seafood.

The Pescara city beach is ideal for those with a taste for the sea. Even without isolated and secluded coves, in fact, you can enjoy the magic of the Pescara sea by choosing from a vast assortment of bathhouse, all well equipped with every comfort for adults and children.

If you are willing to move closer to Pescara, we recommend Silvi Marina beach, Francavilla al Mare beach, Pineto beach and Montesilvano beach. 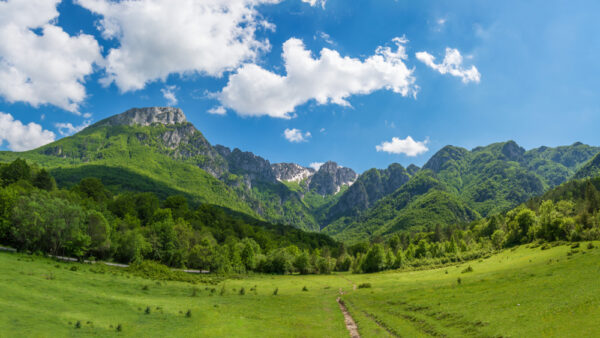 The Abruzzo National Park was established in 1923 to safeguard its exceptional natural features and to save certain wild animals from extinction.…
By Traveling ItalyDecember 3, 2021